Decisely is an integrated technology solution to manage all your HR needs from recruitment to retirement, and everything in between.

With over 150 years of combined experience, our leadership team has grown Decisely from a simple brokerage firm to a diverse team of licensed representatives and industry experts. Our Decisely family is focused on providing the best benefits, HR, and compliance management service on the market.

"You miss 100% of the shots you don't take. You need to start shooting at your goals."
— Wayne Gretzky

As CEO of Decisely, Kevin is building a new standard in the benefits technology and brokerage insuretech space. Decisely is a partner to brokers as well as a trusted advisor and turnkey SaaS technology for small business in the US. Kevin joined Decisely from Mercer, where he created and implemented the strategy and marketing for Mercer Health & Benefits private exchange technology. Kevin has over twenty years of experience in e-commerce and online distribution. He has co-created two start-ups within Fortune 100 companies and built the award winning Delta.com.

Kevin also specializes in merger and acquisition strategies along with business development, negotiation and implementation of processes that have generated over $600 million in annual revenue for multiple Fortune 100 companies. He graduated with a B.B.A. in economics and an MBA from Georgia State University. Kevin also serves on the board of directors at Fiducius, a private equity backed firm based in Cleveland, Ohio.

"It ain't what you don't know that gets you into trouble. It's what you know for sure that just ain't so."
— Mark Twain

At Decisely, he is responsible for product development and partner integrations.

Richard has BS in Computer Science and Mathematics from Weber State University.

"A ship in the harbor is safe, but that is not what ships are for."
— Rear Admiral Grace Hopper First female admiral in US Navy and pioneer in early computing

At Decisely, Chris is responsible for sales and operations. Formerly, he was the Chief Growth Officer of EPIC, a Top 15 property/casualty, benefits, loss control, claims, and HR administration company with offices across the U.S. His primary responsibility was to grow and lead their expanding employee benefits brokerage and consulting practice. Previously, he was a Partner with Mercer Health & Benefits involved with strategy and M&A, as well as the leader of their Atlanta Health & Benefits Business.

Chris has been the COO/CFO of a regional brokerage, benefits and administration firm, Chief Risk Officer at Delta Air Lines, and has held multiple positions including strategic planning, finance, and risk/security/insurance management leadership positions within PepsiCo companies of Frito-Lay and KFC. He started his career at Ford Motor Company as a casualty insurance analyst.

Chris is a board member of the Brantley Risk & Insurance Center at Appalachian State University in Boone, NC. He obtained a B.B.A. in Marketing and an MBA in Finance & Risk Management from the Terry College of Business at the University of Georgia. He was named “Alumnus of the Year” in 2003 for the Terry College of Business Risk Management and Insurance Program.

Ershla brings nearly 20 years experience to the Decisely team, most recently as Director of Client Engagement and Experience with Anthem, Inc. Ershla has extensive experience working with cross-functional teams, including Sales, Implementation, Technology and Training, to ensure smooth operations and optimized efficiency. In addition to Anthem, Ershla also has worked at Humana and McCart Group in a variety of Operational and Leadership roles. Her goal is to deliver the best, most operationally efficient partnership experience possible.

Diane is a strategic marketing professional with over twenty-five years experience in brand and marketing management, including global product launches, marketing communications, consumer insights, pricing, and consumer and trade promotions. Most recently, Diane was in the commercial and residential building industry with Atlas Roofing Corporation. Prior to Atlas, Diane held a number of strategic marketing positions in the medical device industry with Alcon, a division of Novartis, the apparel industry with Hanes, the food and beverage industry with Planters LifeSavers Company, a division of Nabisco, and agency-side with Norton Agency, based in Chicago. She started her career at M/A/R/C, a custom marketing research firm based in Dallas, TX.

At Decisely Diane is responsible for corporate branding and marketing efforts as well as client enterprise marketing programs.

Diane obtained a B.B.A. and an MBM in Marketing from the Terry College of Business at the University of Georgia.

"The Pessimist sees difficulty in every opportunity. The OPTIMIST sees OPPORTUNITY in every difficulty."
— Winston Churchill

Marlena “Dezz” Mardigan is Decisely’s Vice President of People/Human Resources. Dezz is responsible for leading Decisely’s people in the human resources department, with a focus on developing and executing recruiting, talent acquisition and employee relations strategies that represent the organization’s culture and values. As a member of the leadership team, Dezz contributes directly to long and short-term strategic objectives of the organization while maximizing organizational effectiveness. She oversees HR programs and initiatives that enhance the employee experience and partners with leaders across the organization.

Dezz has over 20 years of human resources management experience with 11 years in leadership roles. Prior to joining Decisely, Awarded, Dezz worked as an ex-pat internationally in Australia mastering the Asian-Pacific markets. Dezz also held leadership positions in the executive search, consulting and staffing industries. She has extensive experience in project management evaluating and improving process and efficiencies through technology and creating superior recruiting and talent acquisition departments. She has successfully led high performing teams while providing a clear integration strategy for leadership.

"The secret of getting ahead is getting started."
— Mark Twain

Alex is responsible for building automation and tools necessary to both serve Decisely’s customers needs and make operations efficient. With over 17 years of experience building software and leading teams of developers, Alex brings expertise necessary to help Decisely grow as a technology company.

Alex’s first software development job was with a Belorussian company “Mebius” where he built software that still runs in a lot of Belorussian banks. Since then Alex shifted focus to work on HRIS and enrollment systems.

In 2008 Alex accepted a position at PlanSource and moved to the United States, Utah.

At PlanSource Alex started as a Sr. Software Engineer, working together with Richard Mann to build the online enrollment system practically from scratch. Over 7 years there, he got to experience and participate in growth of teams, systems and all kinds of application and database scaling issues. Eventually Alex got promoted to a Director of Software engineering.

Before joining Decisely, Alex had a short term jaunt with Instructure, an educational software company. At Instructure he led a small team of 4 developers who built a video hosting and learning platform for education.

Alex has a master’s in Atomic Physics, from Belorussian State University, however computers, games and programming were always his passion. His final thesis work at the university was a computer program that calculated the nuclear fallout from the Chernobyl atomic power plant event, using the historical weather data. Alex being a gaming nerd, that program was built using C++ and OpenGL, the controls were very similar (if not the same) as in Quake II – a game made by ID Software. Alex did not get the highest scope for it though, because in the animated 3d visualization Moon was revolving around Earth in the wrong direction (facepalm). What examiners did not understand, one of whom unfortunately was a professor of astronomy – THIS WAS NOT THE POINT of the beautiful and interactive 3d visuals Alex spent months working on.

Wally Smith is a serial entrepreneur who has led six technology companies from start-up to exit. After pioneering chip companies in the 80’s and 90’s, Smith founded Enwisen, the first HR Benefits communications SasS company. After a successful sale to Lawson, he stayed on as GM until Infor acquired the company in 2011. Most recently he founded Safetychain Software, a food safety SasS company, Meridio, a voluntary benefits technology platform and HR Soft, a talent management platform-as-a-service company. He is also a founding member of Decisely. Smith is a graduate of San Jose State with a BS in Accounting, and of the Growing Companies Executives program at the Stanford School of Business.

Russ Fradin is the operating partner of private equity firm Clayton, Dubilier & Rice and the former President and Chief Executive Officer of SunGard Data Systems, a leading software and technology service company. He previously served as Chairman and Chief Executive Officer of Aon Hewitt, where he led the successful merger of the two companies in 2010. He also served as a member of the Board of Directors for Best Buy and Hamilton Insurance Group. Earlier in his career, Fradin was chief executive officer of BISYS, a national distributor of commercial property/casualty insurance, long-term care, disability, and annuity products, and he held various executive positions at Automatic Data Processing, Inc. (ADP). In addition, he worked as a management consultant at McKinsey & Company, where he was a senior partner. He holds a BS in Economics from the Wharton School of the University of Pennsylvania and an MBA from Harvard Business School.

Michael Gross is Co-head of the Investment Team at Sightway Capital, focused on investment activities in the financial services and transportation sectors. He is a director of The Instar Group, Capital Automotive Financial, and Wings Capital Partners. He was previously a director of Charter School Capital. He was also active in Two Sigma’s investment in Hamilton Insurance Group. Prior to joining Sightway Capital, Mike was in the Private Equity group at Vestar Capital Partners, L.P. where he focused on Vestar’s financial and business services industries. Prior to Vestar Capital Partners, Mike was a member of the Financial Institutions Investment Banking Group at Credit Suisse. He holds an MBA in Finance and Accounting and a BS in Business Administration from Indiana University’s Kelly School of Business.

Brian Modesitt, CEO at Two Sigma Insurance Quantified (TSIQ), has led Two Sigma’s entry into the insurance business, culminating in the formation of Two Sigma IQ. Brian has over 20 years of experience of innovation in financial services, with a particular focus on the insurance industry. He has co-founded or provided the first institutional capital to over a dozen companies and has served on the board of directors of many of these companies. Prior to joining Two Sigma, Brian served as Managing Director and Co-Head of Financial Services at Vestar Capital Partners. Previous work experience includes TCW/Crescent Mezzanine and Morgan Stanley. Brian earned a bachelor’s degree, summa cum laude, from Franklin & Marshall College, and an MBA, with honors, from The Wharton School at the University of Pennsylvania. In addition, Brian was a Fulbright Scholar, studying the economics of emerging economies at the National University of Singapore.

At Decisely, we pride ourselves on maintaining a strong company culture. One that allows us to thrive as individuals, as well as team members. If you are looking to join a team that is committed to making a difference in people’s lives and having a great time, Decisely may be the perfect fit for you.

Here are some of the benefits and perks: 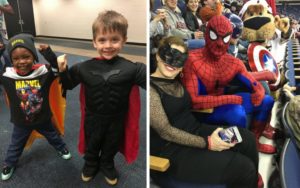 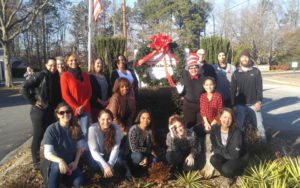 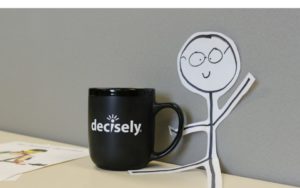 Employee of the Month - Flat Wyatt 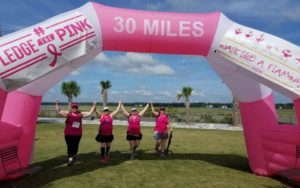 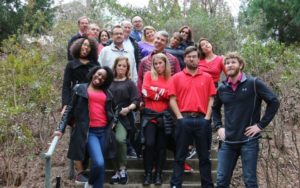 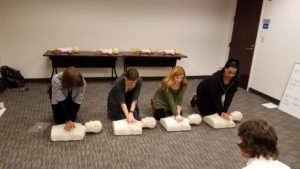 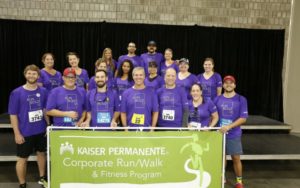 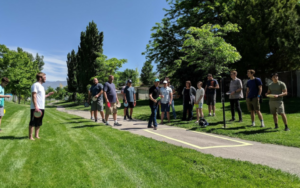 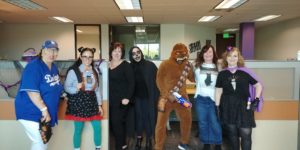 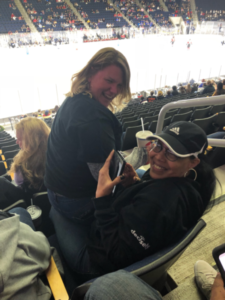 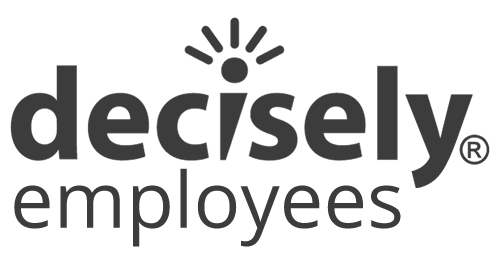 See what we can do together.

The Power of We

Please enter in your login credentials below.